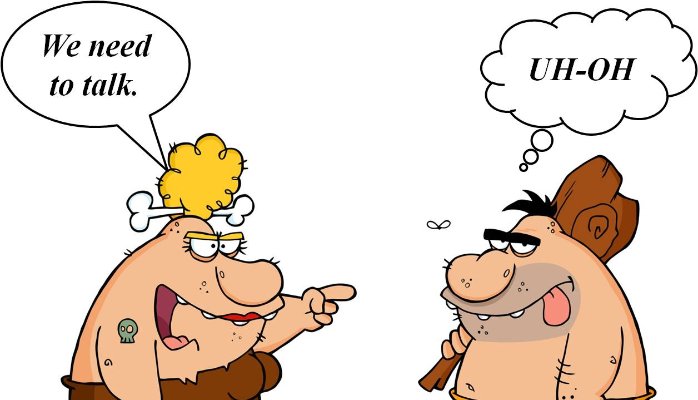 In any event, research indicates men and women are socialized differently and consequently, have diverse styles of speaking. In her classic best-selling book, You Just Don’t Understand: Women and Men in Conversation, Deborah Tannen says the sexes often speak virtually different languages. She calls it “report talk” vs. “rapport talk.”

Men tend to use “report talk” to convey information and self-importance, while women tend to use “rapport talk” to establish intimacy and connection. Tannen says that women will often see men as self-centered and domineering, while men will often see women as illogical and insecure. The result is often misunderstandings and hurtful accusations. Men will accuse women of asking for advice and then not taking it, of rambling on about nothing, and of being unable to make decisions. Women will accuse men of not listening, invalidating their feelings, and always stepping in to solve problems with a lot of “you shoulds.”

In the workplace, these differences impact the way messages are sent and received, thus causing communication breakdown, misunderstanding and major frustration. For example, a female supervisor talks to her male boss about a problem she is having with one of her employees. Her intent for the meeting is to inform her boss of the problem. She just wants him to actively listen to her and rephrase and repeat what she’s saying so that she can become more clear on how she wishes to proceed. She’d like him to ask her some probing questions about options, etc. Instead, he begins telling her what she should do with the problem employee. She becomes frustrated and leaves, feeling like her time was wasted. He feels he has solved the problem, and it’s time to move on. Communication breakdown!

Taking this situation into the home, the wife wishes to talk to her husband about a problem she’s having at work and he jumps in with the solution before she has had a chance to process her options. She gets mad and leaves the room saying, “You just never listen!” Communication breakdown!

An immediate translation is what’s needed.

In both scenarios, some very important communication skills are needed. First of all, the woman needs to be up front about what she wants from the man. “I’d really appreciate it if you’d help me process this problem by listening and asking questions,” is one way for her to be clear in the beginning. If she decides she wants his advice, then she can ask for it. If she doesn’t tell him what she wants in the beginning, then he would be wise to ask, “Do you want my advice or just someone to listen to you?”

Having a deeper awareness of gender differences will help you increase understanding, decrease tension and improve teamwork. It is crucial to embrace differences and realize that there may be alternative ways of doing things. It would behoove us to listen to each other and be more open to learning from our differences rather than allowing them to stifle our growth and ability to communicate with one another.

As you move through your career, you know how important it is to establish and maintain relationships with your clients/customers and co-workers so that you can create greater quality and productivity in an ever-changing world. The best way to do this is to continually fine-tune communication skills and accept that people are different, and it’s okay. Here are some tips: