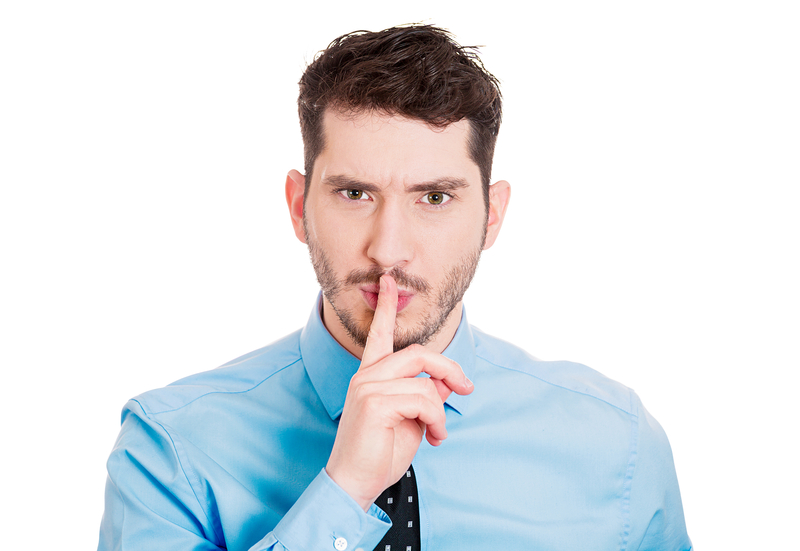 As a tool for effective communication, silence is powerful. I’ve been told many times to keep my mouth shut when negotiating a contract. Simply state what you need and keep quiet. All too often, I hear stories about people negotiating against themselves because they jumped back into the conversation before the other person responded.

People will also get themselves into trouble if they keep talking when they really don’t have anything to say. Some people just like to hear themselves speak. I caution you to be sure what you are saying has meaning. Simply stated, think before you speak.

The most obvious use of silence is when you’re listening. It’s important to be quiet so you can hear and understand what is being said before you respond.

Going beyond basic listening, let’s look at how silence can benefit you during a confrontation. Imagine you and another person are standing about 18 inches apart. Your arms and hands are pushing against each other.  Neither of you is making any progress and your lower back is probably starting to hurt. Now, imagine one of you drops your hands and steps back. The other person will likely fall forward and be out of balance. Who has the power? The person who stepped back is obviously in a better position.  Now, if both of you stepped back, you both would be empowered to find an amicable solution to the conflict.

Using this example, think of communication situations where someone is confronting another with anger and hostility. Generally, we REACT and “push at” that person in a defensive manner. “You said this…” “NO. You said that…” This causes communication breakdown. The alternative is to RESPOND by “stepping back,” taking a beat of silence and choosing to stay calm. Keep hostility out of your voice and say something like, “Okay, let’s look at this and explore solutions we can both live with.” When both of you step back, you allow the communication to openly flow so that breakdowns can be avoided.

Probably the most powerful use of silence is the ability to get quiet and listen to your inner voice. Men call this instinct and women call it intuition. We all refer to it as a “gut response.” The late business philosopher R. Buckminster Fuller, designer of the geodesic dome, called intuition cosmic fishing. But he warned, “Once you feel a nibble, you’ve got to hook the fish. Too many people get a hunch, then forget about it.”

I’m reminded of Ray Kroc’s story. In l960, after franchising over 200 McDonald’s restaurants and only receiving less than two percent of the gross, Ray asked to buy the chain. The price was extremely high for those times and he was advised against it. Kroc recalls, “I’m not a gambler and I didn’t have that kind of money, but my funny bone instinct kept urging me on. I called my lawyer back and said, “Take it!” I bet he was glad he quietly listened to that funny bone instinct, his inner voice.

Please remember, there is power in silence. Pay attention. Listen. Trust your gut.